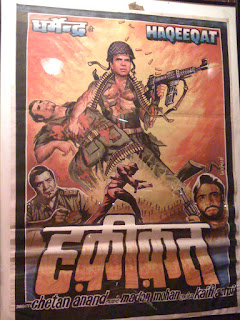 New York, NY 10018
212.730.6740
My first encounter with Kati Roll (aka known as Kathi Kabab) was in Delhi at Connaught Place. The place was called Nizam's Kathi Kabab. They served Kathi Kebab which were nothing but rumali roti (an Indian bread) which was cooked in such a way that it had a layer of egg attached to the inner surface and then filled with chicken/mutton/egg/paneer(cheese) with salad and sauce to make it into a roll. It was out of the world. I would visit that place everytime I got a chance. Now in NY, Kathi Kabab or for that matter Kati roll as known here is available at McDougal St. at the Kati Roll company. They are filling and ooze out fresh taste of lamb/chicken and paneer. The difference though is that you have to especially ask for the egg layer and the size of the roll is a bit smaller. But it is still worth it. They also have a branch in Central London at Oxford st.!!. Its amazing that as it gets late in night, it gets busier like the Chicken & Rice place at 53rd St. and Avenues of America. Check this place out and trust me you will visit the place again.!
Posted by mastpunjabi at 10:05 PM 1 comment: